Tablets are solid dose pharmaceutical preparation containing drug substances usually prepared with the aid of suitable pharmaceutical excipients. They may vary in size, shape, weight, hardness, thickness, disintegration, and dissolution characteristics and in other aspects, depending on their intended use and method of manufacture.

Tablets are prepared by compression of equal volumes of powder or granules by applying high pressure with the help of tablet press machines.The particles to be compressed consist of one or more active ingredients,with or withour excipients.

Aipak provides various types of tablet press machines that can help you press your powder or granule into different shapes of tablets according to your production requirement, also used for compressing biscuits for military and civilian use.

With Aipak tablet coating machine,you will get your tablets coated with sugar or film.The concentrated sugar solution to your tablets will improve patient’s compliance, increase aesthetic appeal, mask objectionable tastes or odours, increase stability and/or modify the release of therapeutic agent(s). The film coating is usually coloured and also impacts the same general characteristics as sugar coating with the added advantage of being more durable, less bulky, and less time-consuming to apply. By its composition, the coating is designed to break and expose the core tablet at the desired location in the gastrointestinal tract.

How many types of tablets are there?

The various tablet types are described as follows:

Compressed tablets represent a significant proportion of tablets that are clinically used to provide systemic administration of therapeutic agents either in an uncoated state (i.e., in their simplest form) or in a coated state. These tablets are designed to provide rapid disintegration in the gastric fluid following ingestion hence, allowing rapid release of the drug and, ultimately, systemic absorption of the dosage form.

These are compressed tablets that have been coated with concentrated sugar solution to improve patient’s compliance, increase aesthetic appeal, mask objectionable tastes or odours, increase stability and/or modify the release of therapeutic agent(s). Sugarcoating was once quite common but lost commercial appeal due to the time and expertise required in the coating process, the increase in size and weight of coated tablets, high cost of process validation and shipping.

Film-coated tablets are conventional tablets coated with a thin layer of polymer (e.g., hydroxypropyl methylcellulose, hydroxypropyl cellulose) or a mixture of polymers (e.g., Eudragit E100) capable of forming a skin-like film. The film is usually coloured and also impacts the same general characteristics as sugar coating with the added advantage of being more durable, less bulky, and less time-consuming to apply. By its composition, the coating is designed to break and expose the core tablet at the desired location in the gastrointestinal tract.

Effervescent tablets are uncoated tablets that generally contain organic acids (such as tartaric or citric acid) and sodium bicarbonate in addition to the medicinal substance or API.  They react rapidly in the presence of water by releasing carbon dioxide which acts as a disintegrator to produce either a drug suspension or an aqueous solution.

Enteric-coated tablets are compressed tablets that have delayed-release properties. They are coated with polymeric substances (such as cellulose acetate phthalate/cellulose acetate butyrate; hydroxypropylmethylcellulose succinate; and methacrylic acid copolymers) that resist solution in gastric fluid but disintegrate and allow drug dissolution and absorption in the intestine.

Chewable tablets are big sized tablets which are difficult to swallow and thus, are chewed within the buccal cavity prior to swallowing. They are especially useful for administration of large tablets to children and adults who have difficulty swallowing conventional tablets or antacid formulations in which the size of the tablet is normally large and the neutralisation efficacy of the tablet is related to particle size within the stomach.

What are the types of Tablet Press Machines?

Single press machines use a single station tool (A die and upper and lower punch) for manufacturing and are simple to use. It is most ideal for developing and producing small batches of pills.

Rotary tablet Press Machines are the most preferred choice for companies who want to produce large batches of tablets. Unlike a single press machine, a rotary tablet press machine uses several tooling stations for advancing the output of the tablets.

Is Tablet Shaping an important factor during production?

The thickness and dimension of the product do play an important role in the production of tablets. The shape will give the product a proper identity. Hence, you need to adjust your pill pressing machine to ensure proper product positioning so that the width, thickness, and shape of the tablets are consistently uniform.

What are the most important contributors to increasing the speed of producing tablets?

The increase inthe speed of tablet production is due to the use of multiple-tip tooling.Fine-tuning of different parameters of the tablet pressing machine has led to consistent compressing of quality tablets.

Do I need to regularly clean my tableting machine?

Yes, you need to regularly check and maintain your machine. Cleanliness and hygiene is an important factor while producing tablets.Dust and other bacteria should not enter the machine while manufacturing tablets.

Improperly maintained machines are a common cause of loss in the business. Remember to vacuum clean the tableting machine to remove dust and other granulated particles, clean all the surfaces with a cloth sprayed with disinfectant, release pressure from punches and call professionals to take care of the tableting machine in case of any wear or tear. 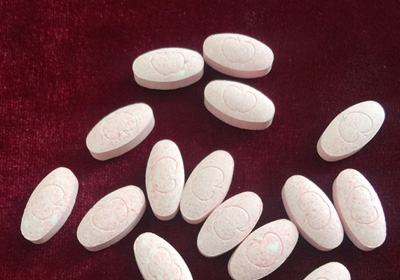 15 Key Functional Parts of Tablet Press Machine You Must Know 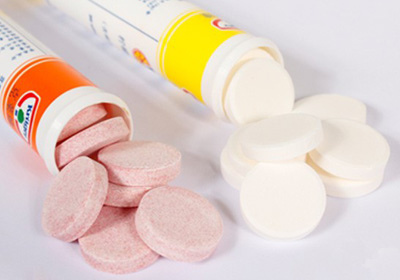 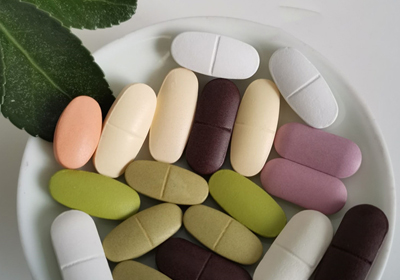 We have helpful resources to help answer common questions about tablet machines, the most popular machines, and a helpful guidebook for first-time buyers.

Get A Free Consulation